How To Sing a Faith (and how not to) 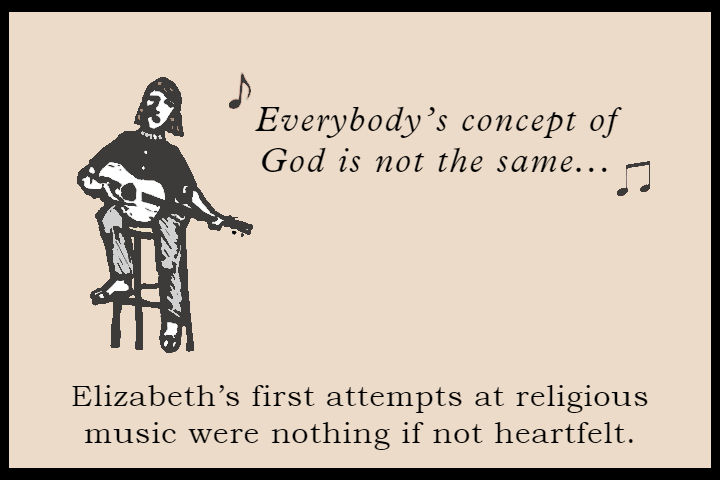 Last February I was asked to give an informal talk at the Pacific Northwest Unitarian Universalist Music Festival, where I was serving as guest composer/conductor. I surprised myself by deciding to sing part of a song I had tried to write in high school. I’d never before shared that song with anyone — and by that, I definitely mean anyone.

As the daughter of an open-minded Presbyterian minister and an equally open-minded piano teacher, I’d grown up in a home in which Questions, Doubts, Science and Faith coexisted peacefully and even affectionately. Like the long-time bar buddies in Cheers, these distinct approaches to understanding the mystery of life sometimes poked fun at each other’s eccentricities, but they always had each others’ backs when things got tough.

Over time I came to realize that outside of my family, religious belief frequently descended into a gauntlet of creedal litmus tests. Hair-splitting led to church-splitting, community-splitting and even family-splitting. I lost friends because of incorrect responses to questions never meant to be posed at the Shake Shoppe or the Homecoming Dance. In the outside world, Reason and Religion behaved towards each other like contestants on Survivor.

This idealistic teen songstress’ response to such divisiveness was to write a song about religious pluralism. I twisted myself into a pretzel over this task. I wrote verses about evolution, free will, Biblical literalism, and salvation by grace. (That’s right, I was a nerd even back then.) The result was a half-dozen insufferable drafts that were far closer to sermon than song.

I finally had to admit to myself that creeds and tenets, even those about religious tolerance, do not make for inspirational lyrics. This discovery would be underscored years later at college when I studied settings of the Catholic Mass. Lo, it is the Kyries and Glorias that rock, not the Credos!

For several years I gave up composing music about faith — but I didn’t abandon faith itself. Unitarian Univeralism offered me a challenging and valuable religious community, bound together not by a shared creed but by shared religious practice.

“Hey, did someone say practice?”

As a musician, I knew all about practicing! Practice is about showing up, right? Week after week I showed up at church, listened, taught, volunteered, made music, led worship, listened some more…and little by little I started discovering ways to write songs about my faith.

Not my faith’s creed, mind you! (Been there. Done that. Winced.) This time around it was about principles and passions, aspirations and actions. I asked myself:

Sometimes I got wildly creative with my thought experiments:

Honestly, hasn’t everyone wondered about that last one at some point?