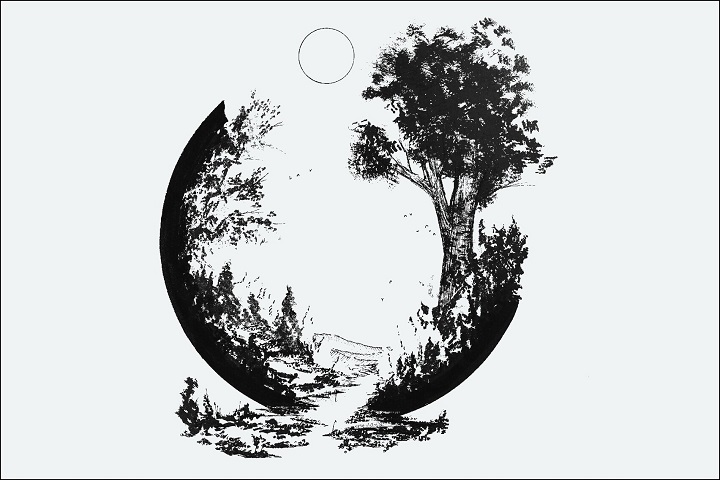 A few years ago I came across a delicious article by Mark Morford entitled “How To Sing Like a Planet” about something called “the Earth’s hum.” Apparently the Earth generates an unfathomable number of mysterious vibrations, and no one’s quite sure what creates them. Morford’s article is part science and part roller coaster ride, a wild riff on the notion that this hum is the Earth’s music. He breathlessly describes “…countless notes of varying vibrations creating all sorts of curious tonal phrases that bounce around the mountains and spin over the oceans and penetrate the tectonic plates and gurgle in the magma and careen off the clouds and smack into trees and bounce off your ribcage and spin over the surface of the planet in strange circular loops.” Whew!

It was a fun read, but it didn’t tell me what I wanted to know – and what was coyly advertised – namely, how I could learn to do it, myself.

The first time a planetary precept came my way was during my middle school years. Up until then I honestly thought everyone’s body was beautiful, including mine. But suddenly my friends started talking about who was lame and who was dorky and who was gross. No matter how carefully I scrutinized the victims of these observations, I was hard pressed to detect any actual lameness, dorkiness or grossness. My inability to detect homeliness was definitively confirmed one day when I told a classmate that I liked Barbra Streisand, and she sputtered with disgust, “Barbra Streisand? She’s as ugly as sin!”

Clearly if someone as amazing as Barbra was not beautiful, there was little hope for me. I noticed now that my skin wouldn’t Coppertone, my hair wouldn’t Farrah Fawcett, and my breasts wouldn’t change the shape of my shirts in any significant way. I knew that I wasn’t downright ugly, but I was just as certain that I was decidedly plain. And unhappily so.

While this revelation didn’t keep me from fighting with the curling iron, it did keep me from crying over my lack of bronze, fluff, bounce and general gorgeousness. Just as important, it clued me into the shift that could happen if I let myself emulate the Earth. Even now, when I remember to ask “WWED?” (“What would Earth do?”), the answers just blow my mind. For example:

Once I discovered that Mark Morford’s article wasn’t actually an instruction manual, I decided to write one myself and set it to music. While I was composing How to Sing Like a Planet, I found myself laughing and dancing a lot. On my “off hours” I was especially conscious of trying to follow the Earth’s instructions, which included such nearly impossible tasks as “let everything unfold in its own time,” “accept what’s beyond your control,” and somehow being weak and strong at the same time.

But when I’m not composing a piece of music that aspires to transcendency (which is most of the time), I careen through life with no more perspective than anyone else. I spend too much time filing sent emails and paid bills, knowing all the while that the Earth does not develop filing systems for anything, ever. I stay inside working on insanely beautiful days, even though I know that the Earth is all about beautiful days. I fret about whether I will ever have enough money to retire, and I don’t have to tell you what the Earth thinks about that.

That said, asking audacious, improbable questions is part of my job, so even though I put the final touches on the composition How To Sing Like a Planet a few years ago, I’m still working on the complete cosmic instruction manual. I expect it to be a work-in-progress for a while.