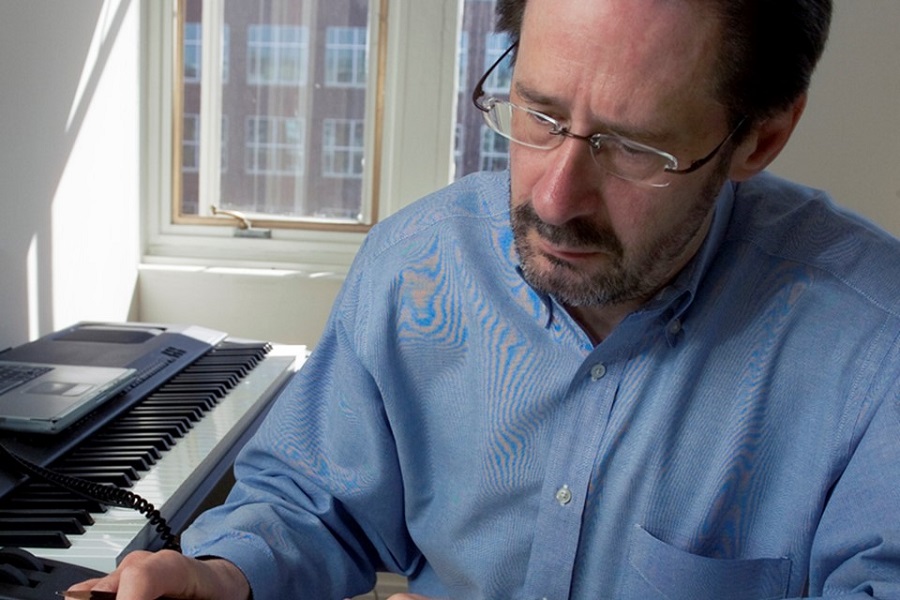 Late last night I was surprised and saddened to learn about the death of Steven Stucky, my primary composition professor at Cornell University. When I told my husband, he asked, “Did you ever get to tell him the story about that composition lesson?” I had to admit that I hadn’t. It wasn’t exactly the kind of story one relates in a concert hall lobby after an orchestral premiere, which is the last time I’d seen Steve.

I will leave it to others to write about Steve’s musical accomplishments, his Pulitzer Prize, and his fruitful residency with the Los Angeles Philharmonic. Despite having missed my chance to tell Steve my small story, it’s about more than a lesson he taught 25 years ago. It’s about integrity, engagement and mentorship, which is why this story still deserves to be told — and I suppose there won’t ever be a better time than now:

I count my composition, piano and voice lessons as some of the most wonderful hours of my life. My college music teachers were my trusted instructors, valued models, and eventually my friends, and their belief in me gave me confidence in myself. So solid was this confidence that, when a visiting professor abruptly kissed me during a lesson, I reported the incident, withdrew from lessons, and moved on. I never imagined that such an anomaly could harm me.

But once I went to graduate school, I realized that professor’s behavior hadn’t been an anomaly. At the new music conferences I attended in the 1980s, women composers were the minority, and I was young and eager to show my work to prospective commissioning parties and concert programmers. I soon learned that avid interest in my music was frequently followed by propositions, sexual advances, or startlingly unexpected kisses. This left me with an increasing distrust of praise and a deep sense of doubt about my own abilities.

Fortunately, I wasn’t facing that kind of gauntlet at Cornell University, where I was studying with Steven Stucky, a young professor whose slightly reserved manner belied an infectious sense of humor and a boundless passion for musical color. While some composition professors dispensed platitudes to their students from on high, Steve was uncommonly engaged in his students’ music, giving it the same attention he gave to the music of Lutosławski, Mozart or Gershwin. From Steve I learned that each piece of music has its own unique language, comprised of syntactical rules that the composer sets up and unanswered questions that the composer is curious about. Any time I found myself stuck – which might be after composing only 8-10 measures – he and I would painstakingly analyze those measures, decoding my emerging rules and questions. After I deeply understood the music that I’d already composed, I often understand what I wanted to write next.

Despite Steve’s guidance, I still struggled mightily to find my voice. His musical language was not my language, nor should it have been. He could teach me how to listen, how to trust my ear, and how to be diligent in my craft. He could encourage me to be courageous. But he could not tell me what to say.

I’d been at Cornell for four years when I decided to write a song on a small Rose Ausländer poem entitled “Love.” By the time I brought my draft to a lesson, I’d been working on it for several weeks, and I was both excited and nervous. At the time, many contemporary composers treated voices as if they were instruments, eschewing “song-like melodies” and anything close to emotional effusiveness. But Ausländer’s poem held raw loss and longing from her childhood in the Czernowitz ghetto during World War II. I knew I needed the singer’s voice to be a voice. Furthermore, despite academia’s prevailing musical aesthetic, I was done eschewing effusiveness.

At my lesson I played and sang the song at the piano, with Steve in a chair to my right. As was often the case, we then switched places so that he could immerse himself in the score. I could tell he was intrigued as he studied the structure of the chords and the singer’s opening line, as she passionately asserted that she would find her love again, despite everything separating them.

Suddenly I felt Steve’s hand slap down onto my thigh. I immediately froze. I imagined the worst – a terribly awkward scene and the unqualified termination of the student-teacher relationship I’d come to value, followed by my inevitable distrust of every positive thing Steve had ever said about my music.

But when I looked up, Steve was not looking at me at all. He was still deeply engrossed in the score. “I hear your voice here!” he cried, gesturing to a measure of music with his free hand. “I think you need to keep following this thread!” As if to thoroughly repudiate my fears, he enthusiastically slapped my thigh twice more, as if it were a table or a fence post, his eyes still glued to the score. He was more excited than I’d ever seen him in one of my lessons.

I’ve always been grateful that Steve and I switched places again before he realized what he’d done, because he would have been mortified. He was a decent man to the core, to which I know many other students would attest. I was also thankful that I encountered few fellow pedestrians on my walk home, because I alternated between wild laughter and tears the whole way. Not only did I finally sense I was finding my footing as a composer, but I was doing so in the care of a mentor whose words I knew I could always trust, and who cared about his students enough to get completely carried away by their struggles and successes.

Lucky, lucky me. Lucky all of us.