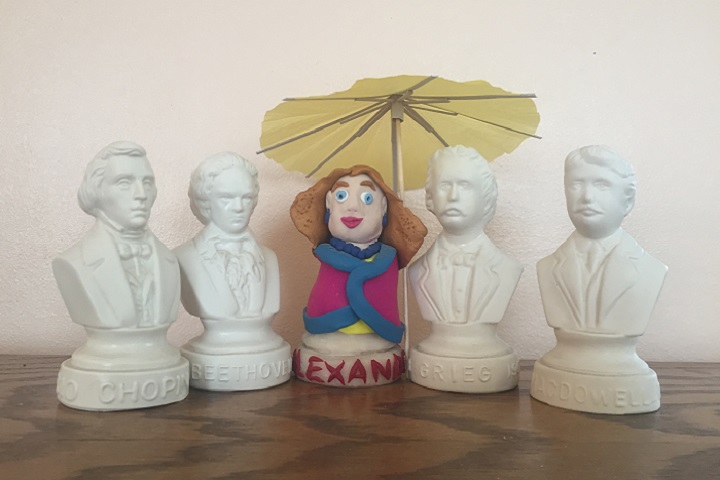 A few years earlier I’d heard Joan Tower speak about her Grawemeyer Award winning orchestra piece, Silver Ladders. During the talk, she confessed that she couldn’t really understand more than two simultaneously occurring musical ideas. Maybe three, she amended, if one of them was simple. Several audience members jumped in to correct her, but Tower was adamant. She could only hear two things at a time. Or maybe three.

When I told a composer colleague about Tower’s remark, the two of us agreed that most composers don’t have bionic listening skills, and that many tremendously complex works are more about compositional muscle flexing than they are about musical genius. “But you can’t go around saying things like that!” my friend said. “When you’re as successful as Joan Tower, you’ll be able to say anything you want.”

“Why wait until then?” I asked. “I want to say what I think right now.”

Soon after that another friend advised me to buy a professional suit for a talk I was scheduled to give. I said that Gwyneth Walker didn’t always wear a suit when she gave a talk, and that I’d never really wanted to own a suit. “Well,” said my friend, “you’re not Gwyneth Walker.”

My friend was right. I’m not Gwyneth Walker. Or Joan Tower.

I am Elizabeth Alexander. I’ve composed for orchestras and many combinations of instruments, but vocal music is my great passion. I’ve set the words of over 50 poets to music but am now writing most of my own lyrics, including those for an upcoming country-folk-Americana music theater work entitled Split Hickory. I’m a mom and a wife and a pretty decent friend. I thought I was a cat person for most of my life but I now have two dogs and inexplicably love it. I worship at a Unitarian Universalist church alongside Christians, agnostics, Jews, pagans, Hindus, Muslims, atheists and the vast unlabeled. I grew up in the South and Appalachia. I went to an Ivy League grad school. I used to think that if music was funny it couldn’t be great art but I was wrong. Everything about my life influences my music.

I never did buy a suit. I can’t hear more than two things at a time, maybe three if one of them is simple.