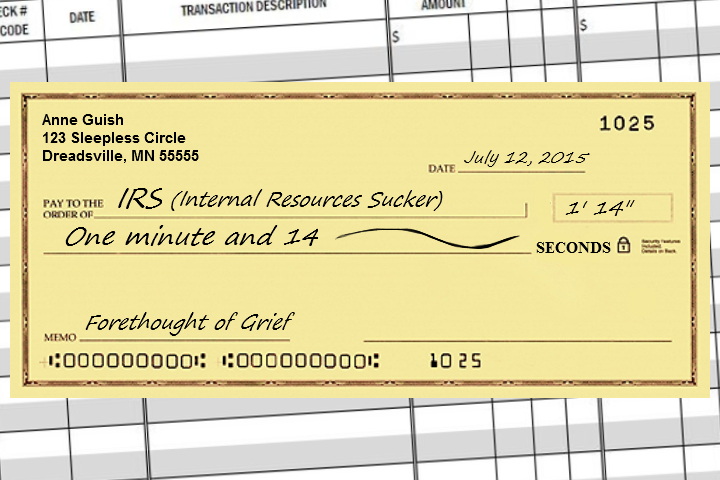 There I was in my pew feeling sorry for myself because my sons – the funnest and funniest young men on the planet – had gone off to college where they were telling all their great jokes to other people. Meanwhile, I was at home with my kind, salt-of-the-earth husband, whose sweet and wry sense of humor wasn’t quite the same as the glorious goofiness of youth. After a while my self-pity started to wear thin, so I moved on to feeling disgusted with myself for having ungrateful thoughts about my kind husband. Just as I began to chastise myself for my self-disgust, a dozen women walked to the chancel and belted out “We Come From the Mountain.”

There’s a lot to like about “We Come From the Mountain” – it’s warm and catchy and engaging – but I have a low threshold for repeated hearings of the same song…and I’ve heard that song many times.  So I fully expected the little voice inside my head to sigh, “Oh no, not again.”  But instead, the little voice surprised me.  It said, “Look at all those great women.  Sign me up.”

You would think singing in a choir would be a natural thing for me – not only have I composed nearly a hundred choral pieces, but in my past life I had a joyful stint as music director of an earnest if not stellar GLBTA chorus.  But the truth is, while I love conducting choirs, I don’t have the best natural disposition to be an actual chorus member.

Yes, I can read music, sing in tune, breathe in all the right places, and get my face out of the score.  But in the truly important choral skills – like the willingness to get in line and stay in line, the self-control to not talk when the conductor is talking, and the ability to remember whether we’re processing up the aisle or down the aisle – I am completely hopeless.  I’ve joined enough choirs over the years to know that it takes about four weeks for me to get squirrely.

But I really wanted to hang out with those cool babes in women’s ensemble, and given that the frequency of their performances was very small, I thought I’d try once again to be a good chorister.  I vowed that whenever I wanted to say something irresistibly funny to Rochelle on my right or Louise on my left I would invoke a powerful breathing practice, in which I would alternate between the mantra “let it go, let it go” and the mantra “keep your big mouth shut, keep your big mouth shut.”

That’s how much I love women’s ensemble.

The most serious problem about me singing in a choir is that I can’t sit serenely for any significant period of time. In fact, I can’t do anything serenely. This is usually not a problem in women’s ensemble, because we simply saunter up to the chancel, croon for a few minutes, and sit down again.  Then I can go back to fidgeting in the pew.  But last May our church had its annual all-music Sunday, a musical marathon which starts with 8:15 warmups and ends at 5:30 after the third service.  (That’s third, like the number three, which is how many times they say a person’s head bobs out of the water before they finally drown.)

The first service was fine.  In fact, it was more than fine, because not only were there lovely performances by the other three choirs, but the women’s choir recently exceeded all expectations and blossomed into a 50-voice intergenerational force of femininity, and we rocked the house.  Louise and I fist-bumped.

And then I was totally ready to go home.

But as it turned out, I didn’t have to repeat my mantra many times at all, because I received a secret message from a composer.

Secret messages from composers are usually not very complicated, or even very secret, although they are not always apparent on a first hearing.  Like Easter eggs hidden in a field, people see some of them right away but walk right past other ones, even the purple and red ones.  But they are also unforgettable; once the listener receives a secret message from a composer, it becomes nearly impossible not to be aware of it upon repeated hearings.

The message, hidden within Jake Runestad’s setting of Wendell Berry’s poem, “The Peace of Wild Things,” was delivered by means of a simple and enduring compositional technique called I-Mean-It-That’s-Right-I-Really-Mean-It. This just means having the musicians do something one time, and then having them do it again.

Of course, I-Mean-It-That’s-Right-I-Really-Mean-It doesn’t work if the composer repeats every single word in the lyric! The composer must exercise restraint until the crucial moment when mindful repetition invites the listener into the deeper implications of the words.  So Jake wisely chose not to repeat any of Wendell Berry’s words until the haunting line: “I come into the peace of wild things / that do not tax their lives with forethought of grief.”

On my first hearing of the song, I made a mental note of the repetition, and thought, “Good choice, dude.”  But on my second hearing, my heart got involved, and I realized that Jake’s music was not so much overwrought with grief as it was troubled with vague anxiety.  Anxiety: that weaselly existential emotion that you can never quite put your finger on.  I’m not saying that concrete, specific sadness is all that great, but at least you can wring your hands around it and wail.

I had read Wendell Berry’s poem many times before, and I believed I had a pretty good understanding of this “forethought-of-grief tax.”  My hyper-vigilant imagination has kept me awake more nights than I wish to remember, sacrificing hours of sleep to thoughts of natural disaster, illness and aging, terrorism, the destruction of the environment, or the death of a child.  For me, a forethought-of-grief tax is like an inheritance tax, cutting a great gaping swath out of a tender, restful night. But while it’s not always easy to rein in my compulsion to pay this useless tax, at least I could recognize the tax for what it was.

But what if forethought-of-grief taxes are not only collected in big one-time payments like inheritance taxes? What if they are also tiny recurring fees like sales taxes, paid in hourly installments, quietly whittling away at our resources?  What if these tiny little taxes are so small that we don’t even recognize that we’re paying them, even as they keep us from fully reveling in love, wonder and beauty?

I realized with horror that I was, at that very moment, sitting beside people I loved, listening to music sung for all the right reasons, and yet I was actively dreading each already-heard measure and phrase.  I was writing another little forethought-of-grief check every few seconds, authorizing countless nuggets of gusto to be withdrawn from my life’s savings.  Meanwhile, I could be appreciating the light pouring into the church’s big windows, the luminous faces of the congregation as voices poured over and into and around them, and the images of Jackie knitting, Anna sitting serenely (because some people can actually do that), and Linny whispering across the aisle “Today is a good day.”