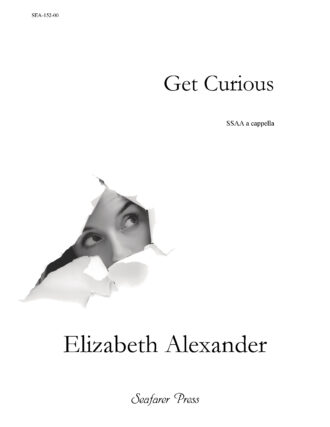 A rhythmically-dynamic riff on the power of curiosity to shape anger into something beautiful and transformative. By turns fierce, humorous, and thought-provoking, this powerful Call to Compassion offers an unforgettable experience for performers and audiences alike.

Twenty years ago while trying to make sense of what seemed like an impossible life situation, I found myself ranting in a therapist’s office. “I hate this!” I said over and over. “How can I stop feeling angry so much of the time?”

At some point my therapist replied: “If you don’t want to be angry, get curious. Because you can’t be angry and curious at the same time.”

That was some of the best advice I’ve ever received. I was causing a great deal of suffering for myself and other people because there wasn’t room in my hot little head for anything but my own displeasure. What a game changer it was when I stirred some curiosity into the mix!

I can still easily fall back into a bitter, judgmental place when I become indifferent about why other people speak, act, or think the way they do. But at least now I know the secret of getting unstuck.

Our whole fraught and fragile world is in desperate need of more curiosity. (If you’re at all skeptical about this, just try reading the news for ten minutes.) You won’t find an identity group anywhere that has a surplus of curiosity, whether it be a family, tribe, city, country, gender, sex, race, religion, company, profession, labor union, political party, social circle, book club, sports team, or community choir.

As someone who grew up in the Carolinas and Appalachian Ohio and now lives in a large Midwestern city, I am acutely aware of how uninterested people can be about the values, desires and needs of a different region. I often wonder how much our lack of curiosity feeds our country’s deep and deepening cultural, political and economic animosities. I wonder how much healing might begin if we could all “start wondering what’s behind things.”

Anger can be a beautiful thing. Powerful. Transformative.
But sometimes Anger can get the better of us.
We can get hijacked by Anger, get rigid, get self-righteous.
Anger can get in the way of listening.
When that happens, it’s time for us to get Curious.

Curious has a rotten reputation.
(We’ve been told it killed a cat!)
Lies like that erase imagination,
Shut it down in seconds flat.

It’s the remedy for righteous Rage,
It’s the best antidote to Furious,
Keeps Fear from flying out of control,
Keeps Bitter from moving right into your soul.

Start wondering what’s behind things,
beyond the made-up mind of things.

Anger can be a beautiful thing.
Powerful. Transformative.